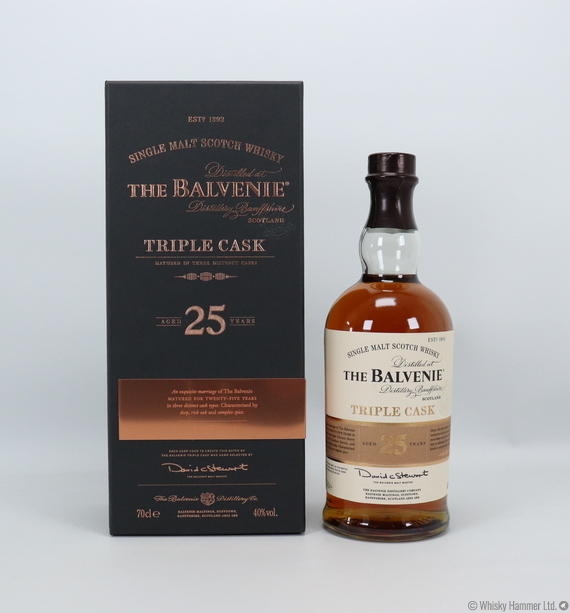 From the popular Speyside distillery, Balvenie, this 25 year old, triple cask matured single malt is described as "An exquisite marriage of The Balvenie matured for twenty five years in three distinct cask types and characterised by Deep, Rich Oak and Complex Spice".