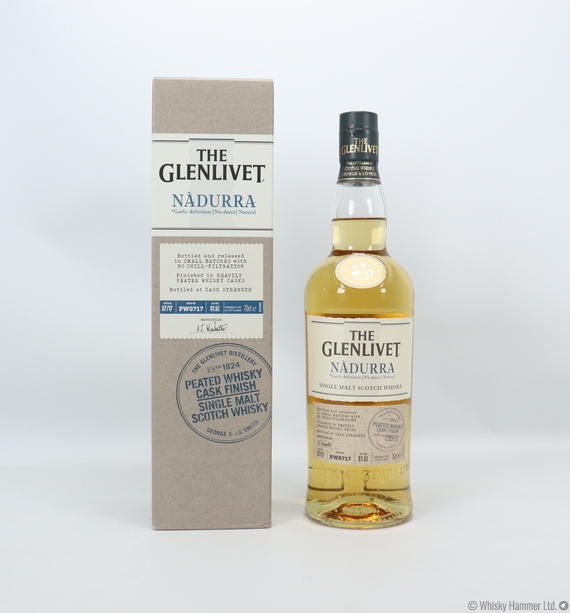 A cracking whisky from the Speyside distillery, Glenlivet, Nadurra (Gaelic for "Natural").

Finished in Heavily Peated Whisky Casks and bottled at cask strength in July 2017.