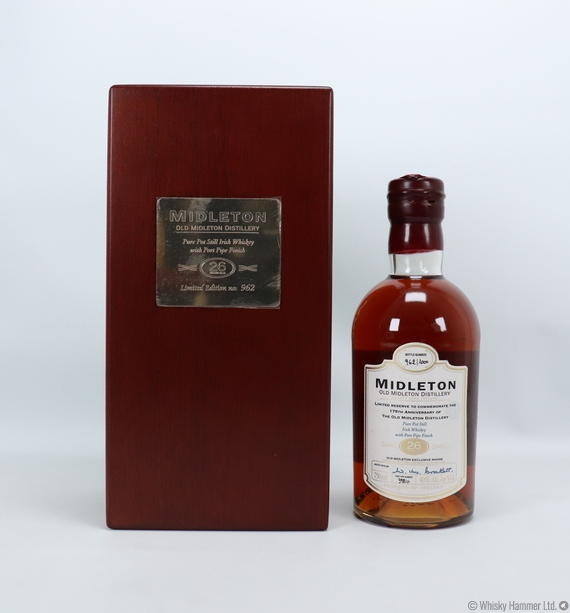 An extremely rare 26 Year Old pure pot still Irish Whiskey from Midleton, distilled in 1973 and bottled in 2000 to celebrate the 175th anniversary of the Old Midleton Distillery.