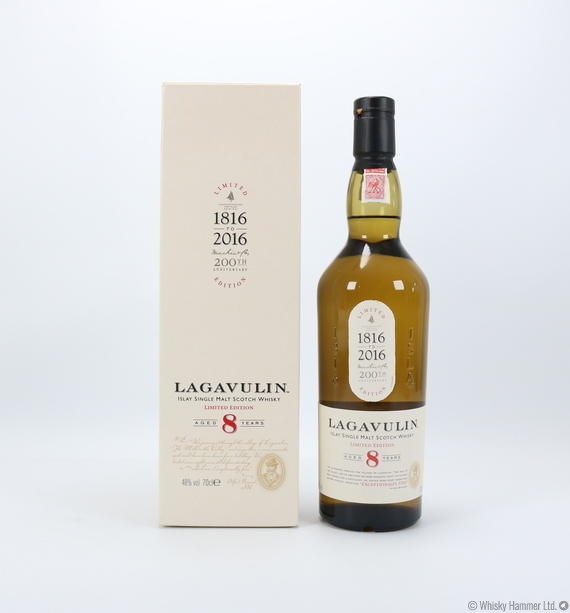 "Exceptionally fine" was how illustrious whisky chronicler, Alfred Barnard, described the Lagavulin 8 year old expression he sampled during an 1886 visit to the distillery.

In homage to Lagavulin's timeless ability to produce exceptional malts, and in celebration of the distilleries 200th anniversary (1816-2016), this is a reinterpretation of the 8 year old from Barnard's era, available for 1 year only.