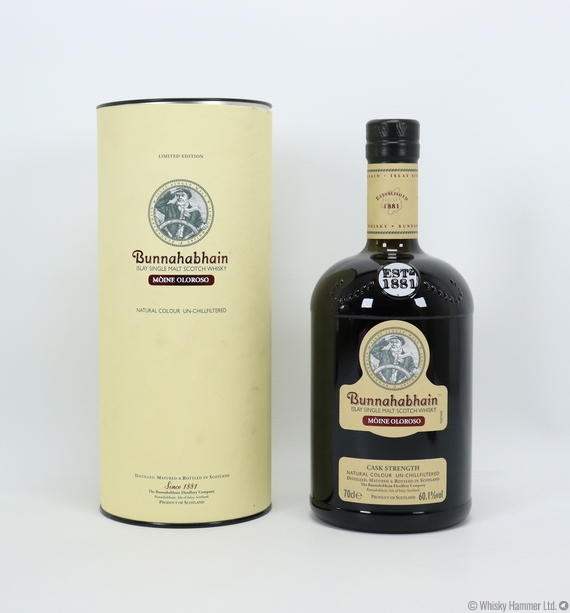 This limited edition from Islay's Bunnahabhain distillery takes its name from the Scots Gaelic for peat, Moine, and the seven Oloroso sherry casks in which it was matured.

Revealing a side of the distillery not often seen, this rich and complex single malt is presented non chill-filtered at a cask strength of 60.1% abv.