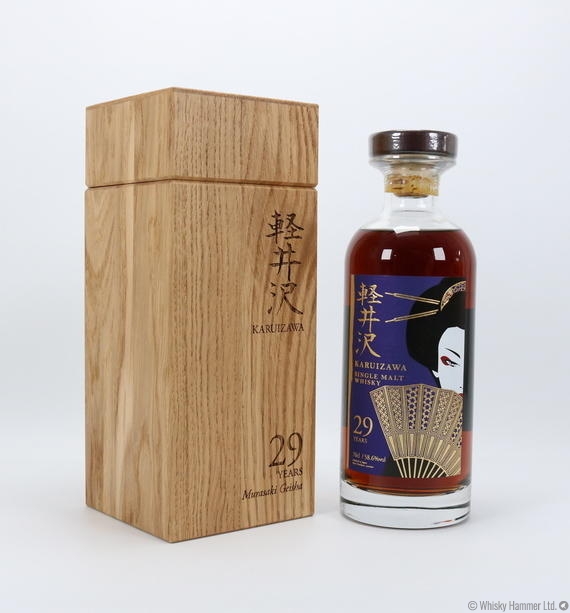 This 29 year old Murasaki Geisha is a sensational whisky from the Karuizawa distillery which stopped production some time ago.  The Murasaki – aka Imperial Purple for non-Japanese speakers is an extremely limited release of only 60 bottles, The Whisky Show 2018 saw 1 of those poured so now we are down to only 59 bottles in the whole world......A stunning addition to any collection.

This is bottle number 15.