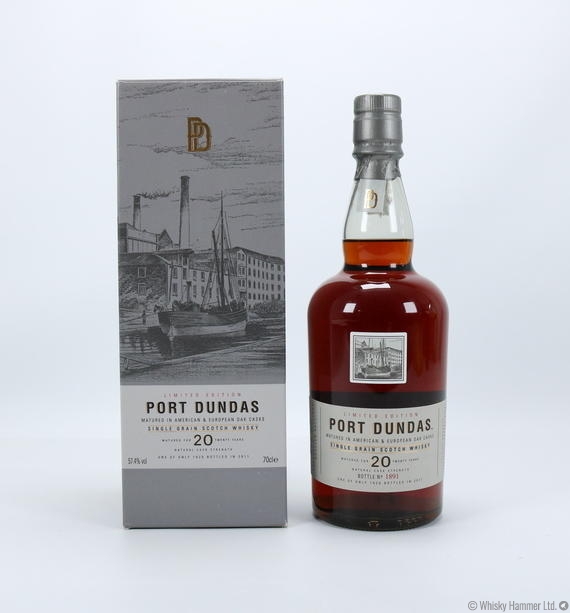 This 20 Year old was part of the special release from Diageo 2011 from the silent distillery of Port Dundas.

It's a single grain and was aged for 3 years in refill casks, then it was split up into equal parts and aged in either American oak Bodega casks, new charred European oak casks, or first fill American oak Bourbon barrels. Natural cask strength, Limited to 1920 bottles, this is bottle number 1891.