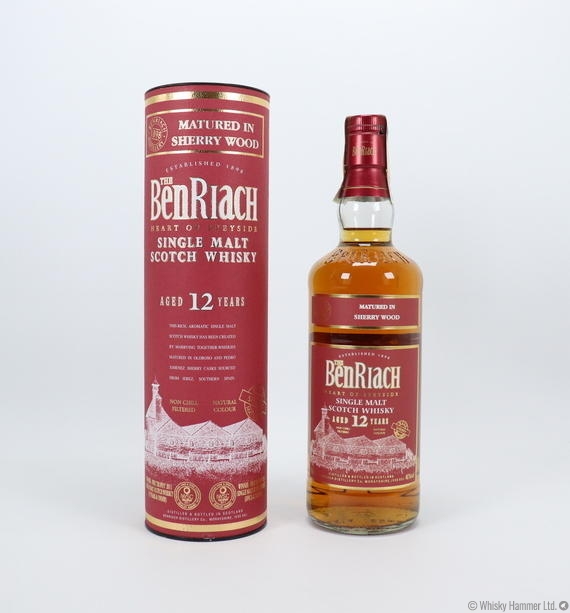 A 12 Year Old Singe Malt from BenRiach, a Speyside Malt which has been created by marrying together whiskies matured in Olorosso and Pedro Ximenez Sherry Butts sourced from Jerez, Southern Spain.