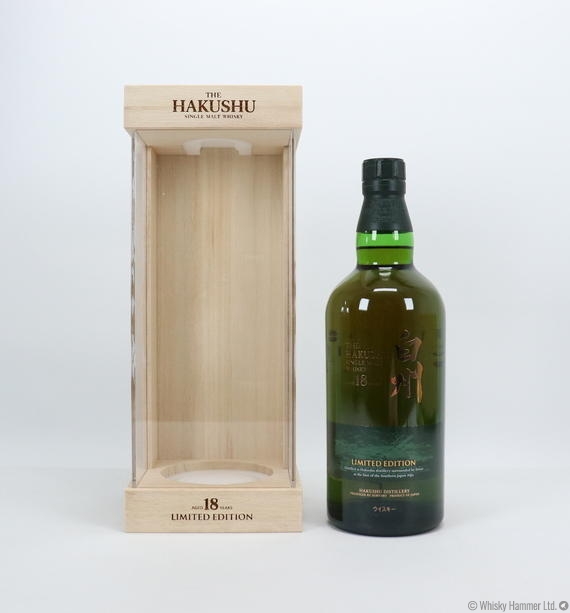 A Limited Edition 18 year old from Suntory's Hakushu distillery. An excellent distillery situated at the foot of the Japan Alps.