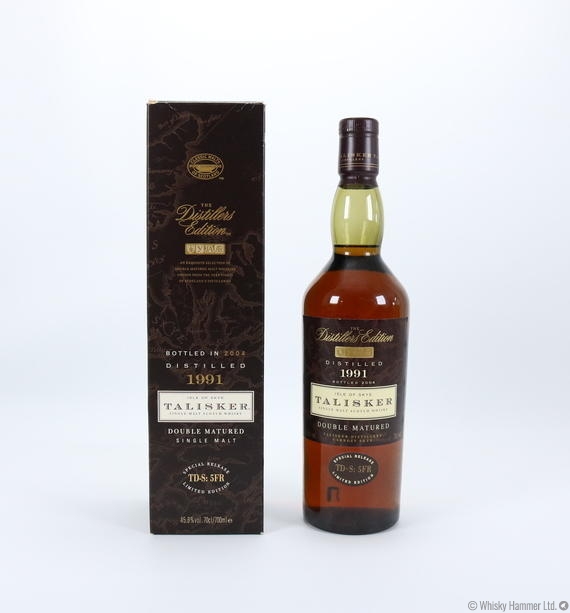 From the Isle Of Skye distillery, Talisker.  This very popular Limited Edition whisky was distilled in 1991 and double matured in Jerez Amoroso cask-wood, before being bottled in 2004 as a special release limited edition.