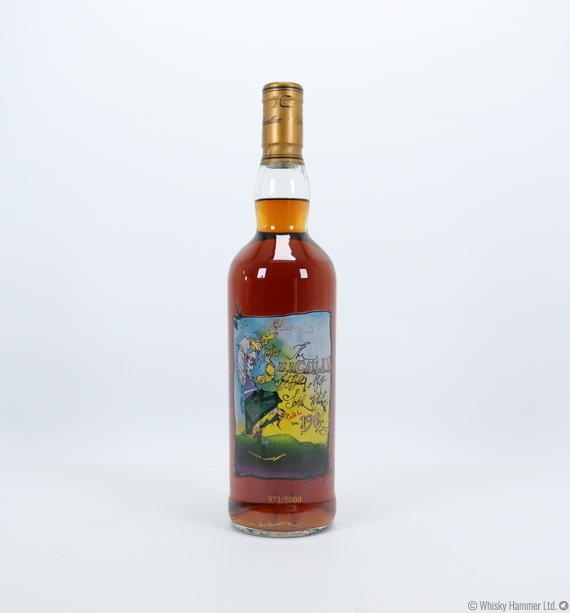 Released in 1996 to mark the 35th Anniversary of Private Eye magazine, this is possibly one of the most sought after and collectable bottles of Macallan.

The unique screen-printed label has been designed by the legendary gonzo illustrator of Private Eye magazine Ralph Steadman.

The gold top capsule is very rarely seen on this bottle - they are normally black.  This edition was part of a small run of bottles sold exclusively at the Fortnum & Mason store in London.