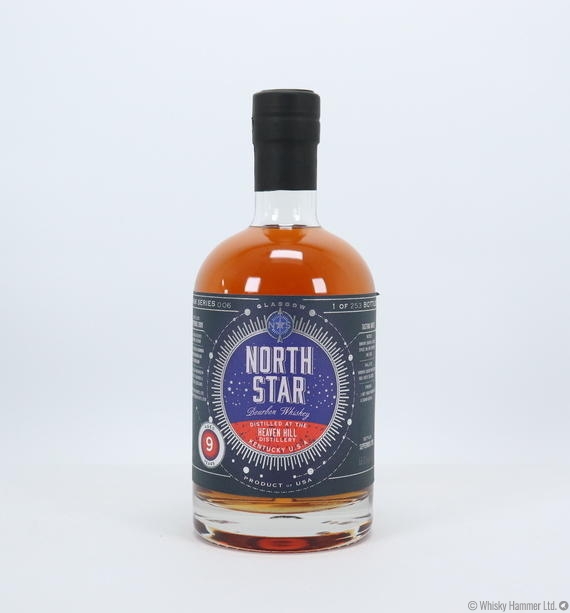 A Bourbon Whiskey distilled at Heaven Hill, aged for 9 Years and bottled from cask series 006.  The cask was filled in September 2009 and bottled September 2018.  Distilled in Kentucky USA and bottled by North Star Spirits in Scotland.