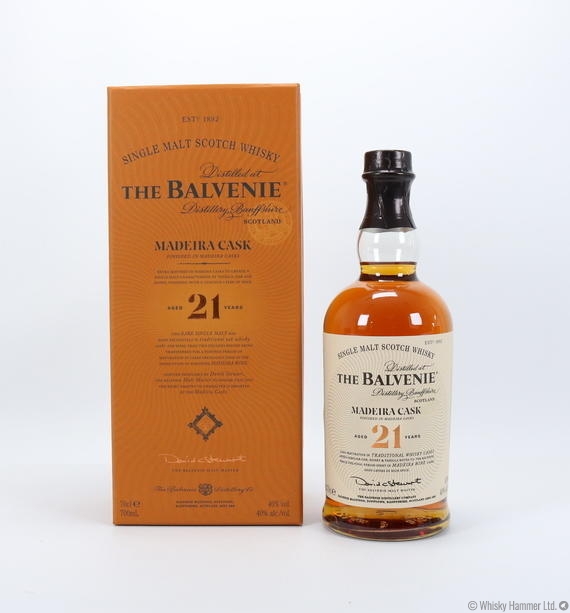 As a follow up to the outstanding limited edition Balvenie 17 Year Old Madeira Cask, this 21 year old Madeira Cask finish was released in April 2016, initially as a travel retail exclusive only to Changi Airport in Singapore.

The whisky has been matured in traditional oak whisky casks for more than 20 years, then transferred to casks previously used in the production of fortified Madeira wine for a further period of maturation.