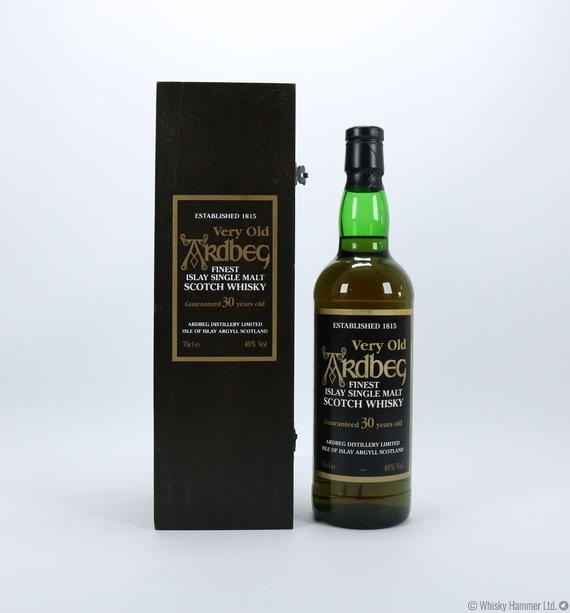 This 'Guaranteed' 30 year old Ardbeg was one of the last releases by Allied distillers before Glenmorangie's Takeover in 1997.

This release of 30 year old Ardbeg was limited to only 29 casks.