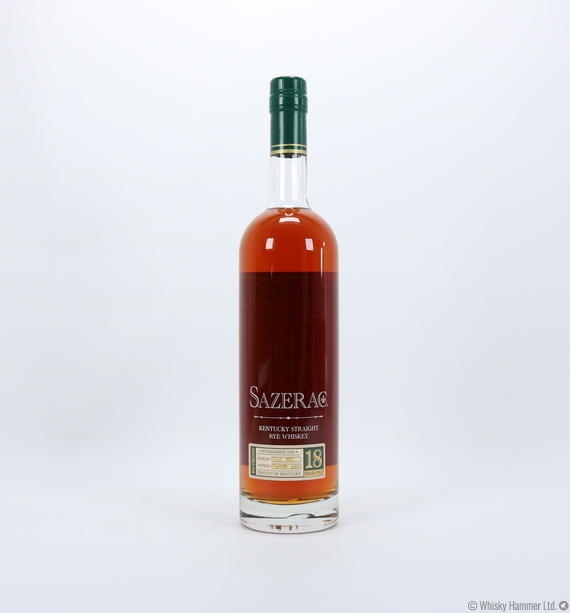 Widely regarded as one of the best Rye whiskies in the world, this 18 year old "Sazerac Rye" from Buffalo Trace, distilled in the Fall of 1981 and was bottled in the Summer of 2000 at 90 Proof.