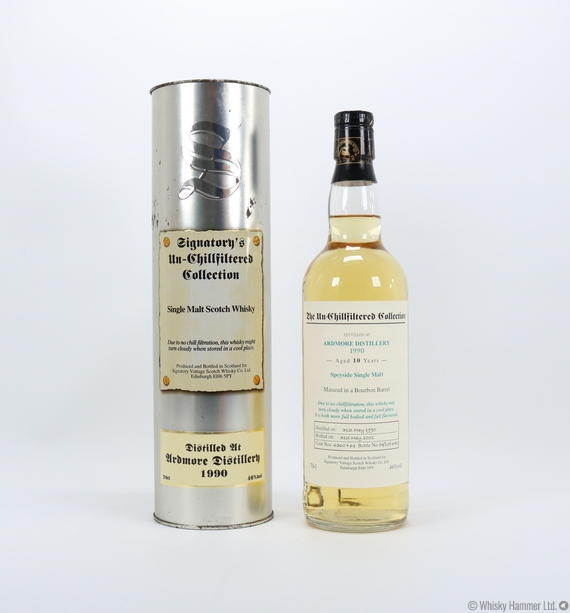 This whisky was produced as part of Signatory's "Un-Chillfiltered Collection", distilled at Ardmore distillery on 31st May 1990 and bottled on 31st May 2001.

Due to no chill filtration, this whisky may turn cloudy when stored in a cold place.