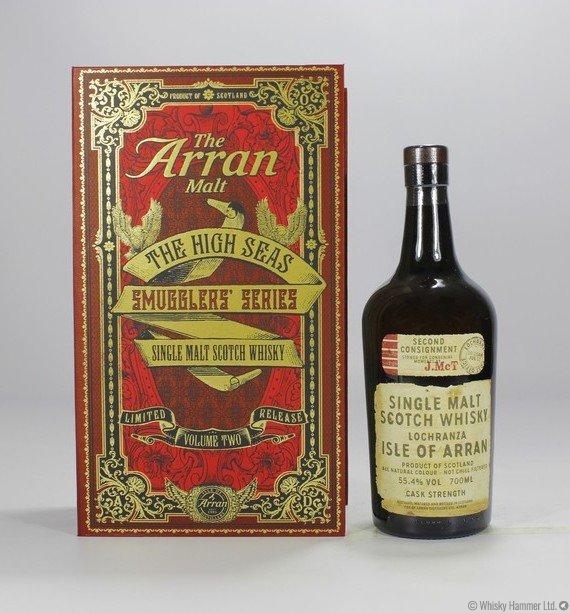 The Smugglers series trilogy continues with the release of the much anticipated Vol.2 - The High seas., a limited edition of 8700 bottles worldwide this is a beautifully presented bottle replicating the style of its predecessor.

In this Smugglers’ Series Vol.2 ‘The High Seas’  tribute is paid to the exuberant character of those striving to outwit the Government’s representatives in the pursuit of the production of the famed Arran Waters. This dram is a powerful marriage of whisky matured in the finest rum casks with time-honoured peated spirit and a rich layer of first-fill Bourbon barrel adding sweetness and fruit. The use of rum casks in the maturation serves as recognition of Arran’s importance, in years gone by, in the trade of diverse, black market liquor. The resulting liquid is complex, full of character and a perfect tribute to these independent characters of Arran.