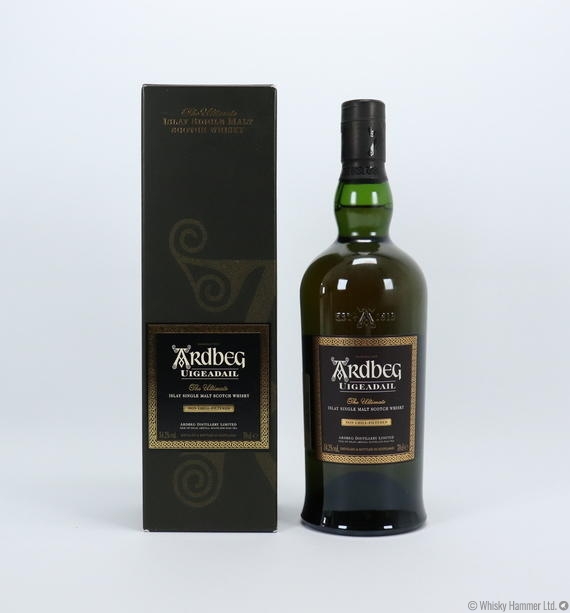 An early bottling of Ardbeg "Uigeadail", the name of the loch which feeds Ardbeg distillery.  Uigedail has become a much loved whisky, having gained recognition in Jim Murray’s Whisky Bible winning ‘World Whisky of the Year’ in 2009.