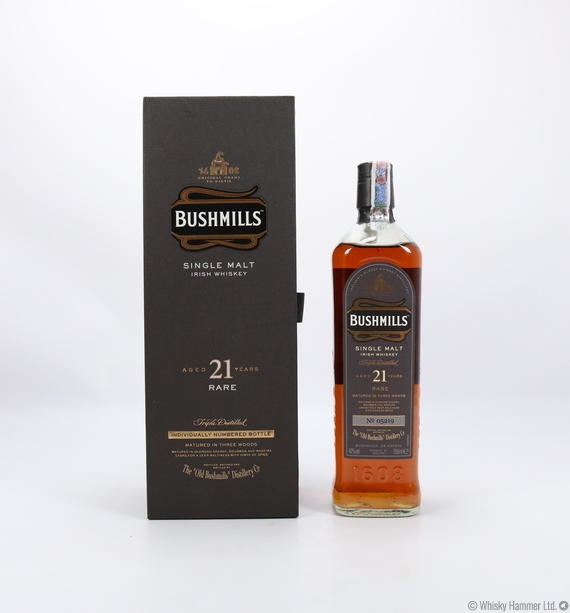 A very rare and unique bottling from Ireland's oldest whisky distillery, Bushmills, this 21 year was matured in a three wood combination of bourbon, sherry and Madeira casks.