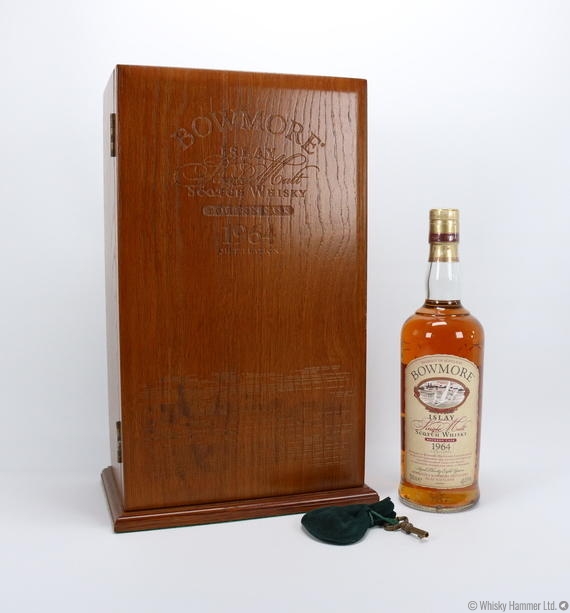 Known as the 'golden year' from Bowmore, this 1964 vintage is a truly special expression.  Bottled at 38 year old after maturation in Bourbon casks, this Bowmore shares its distillation year with that of the infamous 'Black Bowmore' series.

The bottle was initially released as part of a trilogy series (one expression from a fino sherry cask and another from an oloroso sherry cask accompanies this bottling). All 3 bottles in the series are presented in this impressive wooden case with working lock and key.

One of only 300 bottles released, this is bottle number 22.