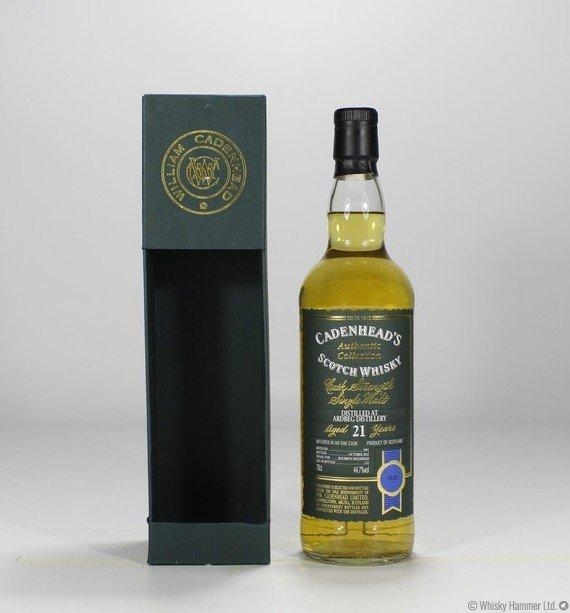 This 21 year old Ardbeg was bottle by Cadenhead's, one of Scotland's oldest independent bottlers.  From a single cask, distilled in 1991 and bottled at cask strength in October 2012, this whisky was matured in a bourbon hogshead and is one of only 132 bottles.