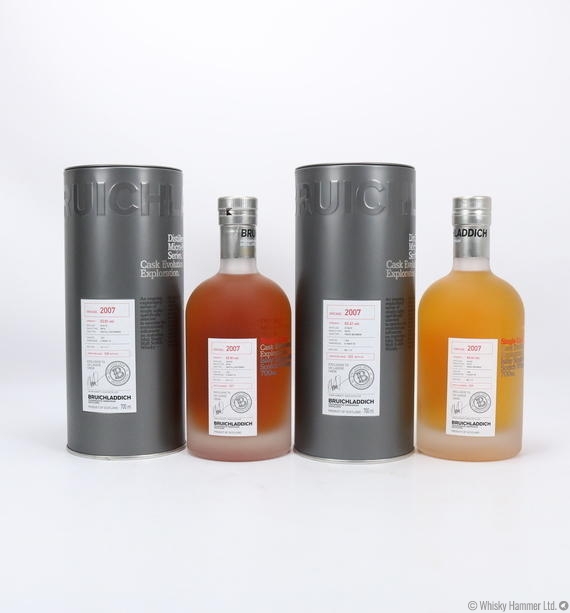 Both released within the Micro Provenance series from Bruichladdich, exclusive to the UK Laddie Crew, a selection of hand-picked British whisky retailers.