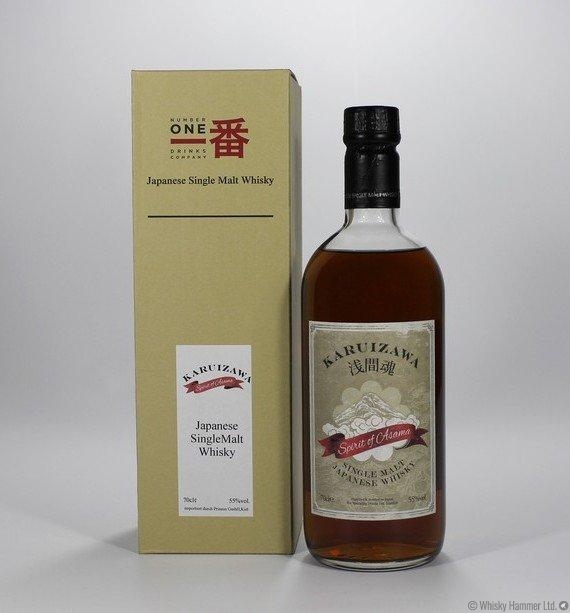 The Karuizawa Distillery was established in 1955 in the foothills of Mount Asama, an active volcano north-west of Tokyo.

Bottled in 2012 by Number One Drinks, this single malt has been crafted from hand-selected European oak sherry casks of whisky distilled in 1999 and 2000, the final vintages of Karuizawa.

This particular bottling was made exclusive to the Speciality Drinks (The Whisky Exchange).

Bottle and box in perfect condition.