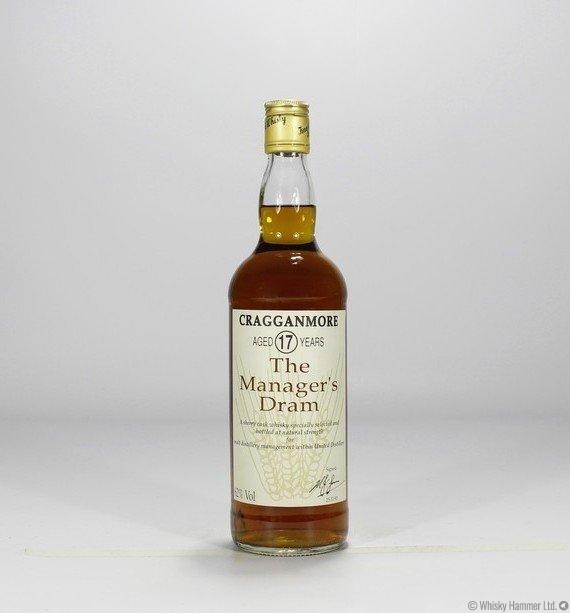 Cragganmore is a Scotch whisky distillery situated in the village of Ballindalloch in Banffshire, Scotland.

The distillery was founded in 1869 by John Smith on land leased from Sir George Macpherson-Grant. The site was chosen by Smith both for its proximity to the waters of the Craggan burn and because it was close to the Strathspey Railway. Smith was an experienced distiller, having already been manager of the Macallan, Glenlivet, Glenfarclas and Wishaw distilleries.

This 17 year old Cragganmore is part of the Manager’s Dram series of whiskies which were available exclusively to employees of what is now known as Diageo. These whiskies were specially selected by distillery managers within Diageo and bottled at natural cask strength.