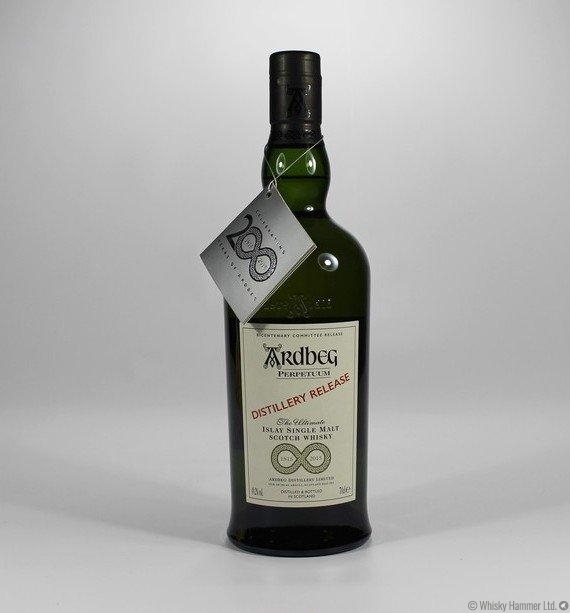 The Ardbeg Perpetuum bottling was released to celebrate the Ardbeg distillery turning 200 years old on 30th May 2015.  This particular bottling was available only from the distillery, and limited to around 12,000 bottles.