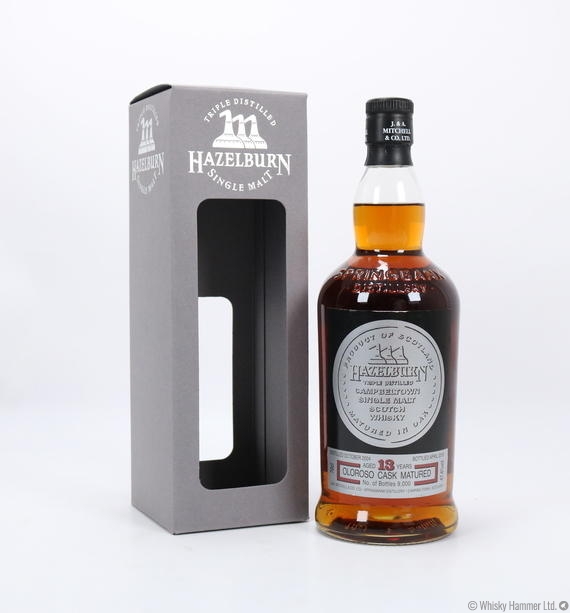 A 13 year old single malt Scotch whisky from the Springbank distillery, released under their Hazelburn name (which they use for their unpeated expressions).