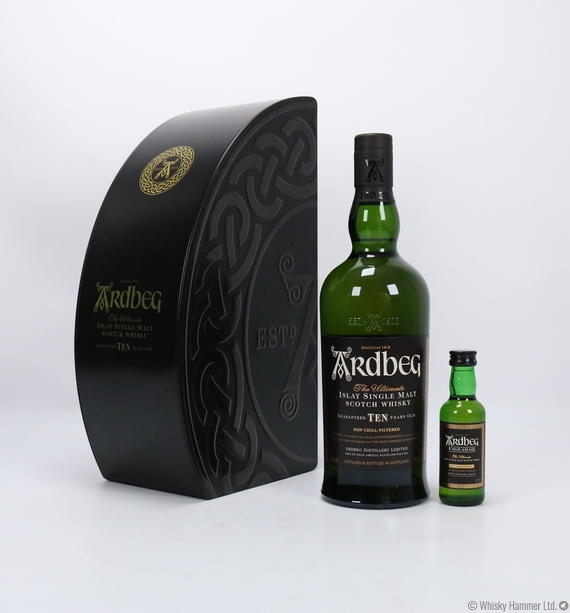 From the highly acclaimed Islay distillery, Ardbeg - this is a nice and peaty bottle of 10 year old whisky (46%ABV), comes in unique gift box with an Ardbeg Uigeadail 5cl (54.2% ABV) miniature.