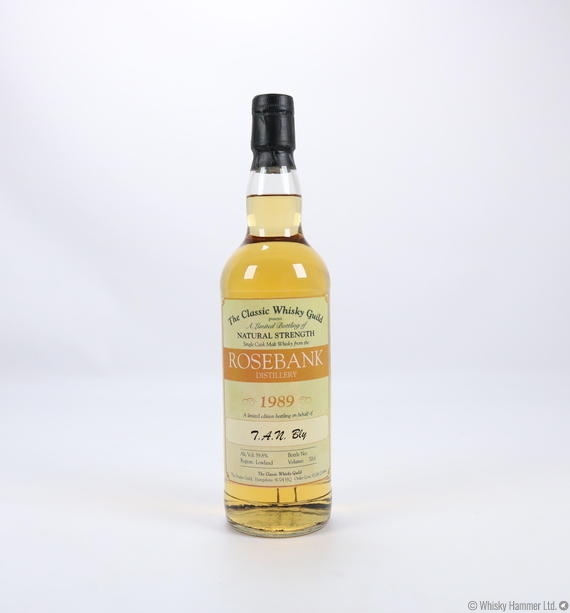 From the now silent Rosebank distillery, this single cask bottling was distilled in 1989 and bottled by the Classic Whisky Guild on behalf of T.A.N. Bly.