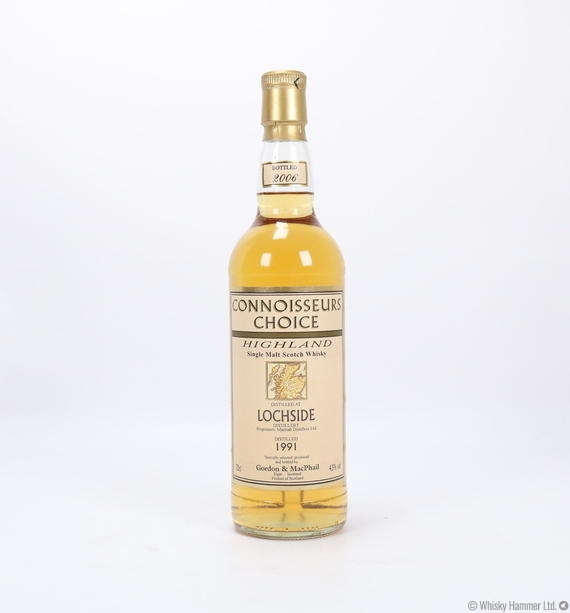 The Lochside distillery was a distillery in Montrose, Angus that produced single malt scotch whisky and grain whisky. The distillery was owned by Macnab Distilleries Ltd. and latterly, by Allied Distillers, a subsidiary of the former British drinks and restaurant group Allied Domecq.

Distilled in 1991 at the now closed Montrose distillery, Lochside, and bottled in 2006 by Gordon and Macphail for their very successful Connoisseurs Choice range.