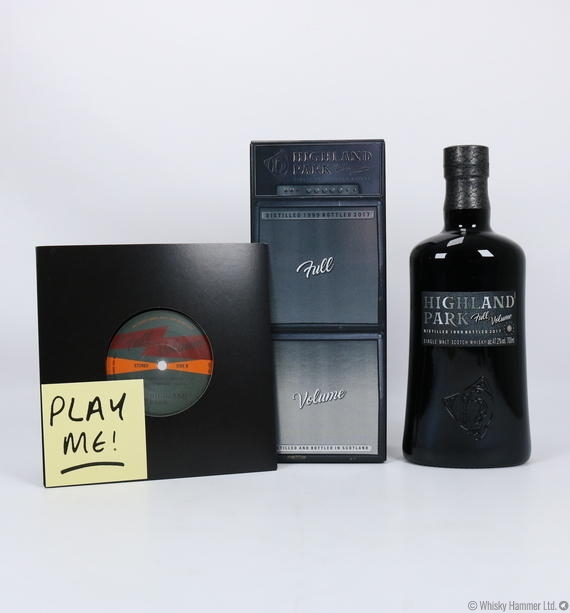 Highland Park Full Volume is a special release distilled in 1999, matured exclusively in first-fill ex-Bourbon casks and bottled in 2017.

Highland Park brand director Jason Craig said there were ‘lots of similarities’ between making whisky and music, adding: ‘In music, amps and equalisers restore balance by fine-tuning frequencies to alter tone and character. It is a similar role when creating a new whisky.’