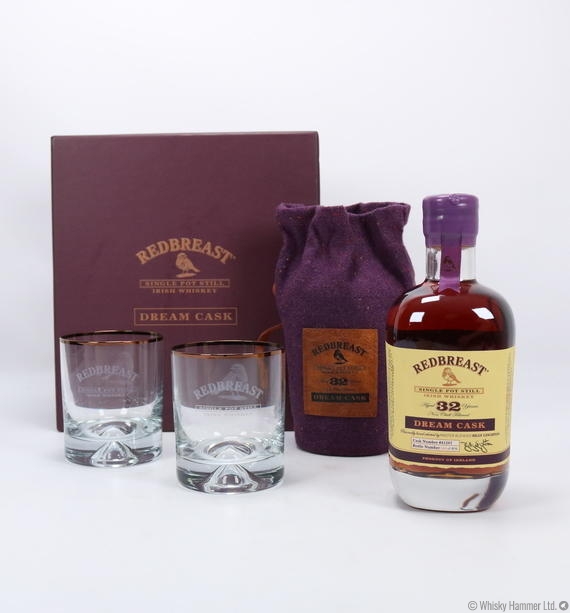 A 32 Year Old Dream Cask from Redbreast. Cask#41207. A limited number of bottles to only 816, comes with presentation box and 2 glasses.