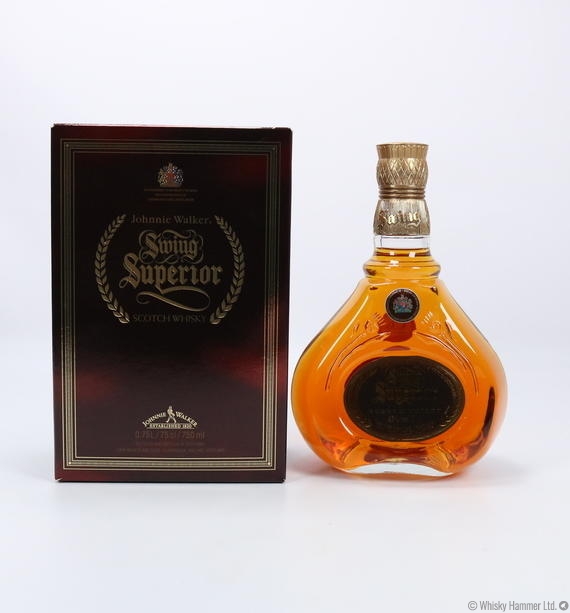 From one of the most famous blends in the world, the Johnnie Walker Swing Superior is named as the bottle is designed to rock gently back and forth if it so desires.  The blend of Scotch whisky has a light, yet luxurious, depth of flavour.