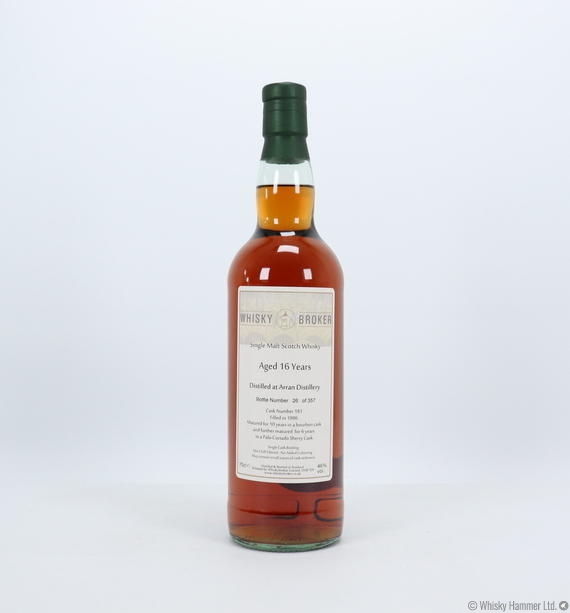 16 year old Arran bottled for Whisky Broker in 1996. There were only 357 bottles produced.

This is bottle number 26.