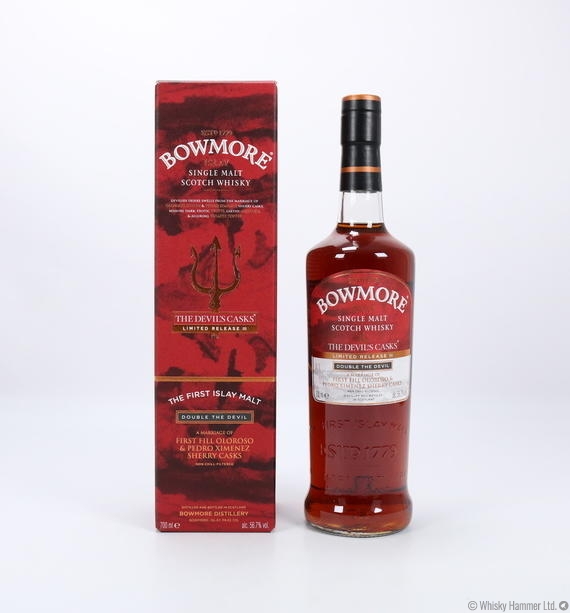 The third and final release from the Devil's Casks series from Bowmore - a marriage of 1st fill Oloroso & Pedro Ximenez Sherry casks.

'Legend has it that the devil once visited the church in Bowmore. Now if you’ve ever seen it, you’ll know that the church is circular, built that way (so it’s said) so there would be no corner in which the devil could hide. The local congregation spotted the devil and chased him down through the village, into the gates of Bowmore Distillery. Here, the warehousemen were filling casks and loading them aboard the paddle steamer, The Maid of Islay. Gates and doors locked tight shut, every inch of the distillery was searched but to no avail. As legend goes, the devil escaped in a cask of Bowmore bound for the mainland.'