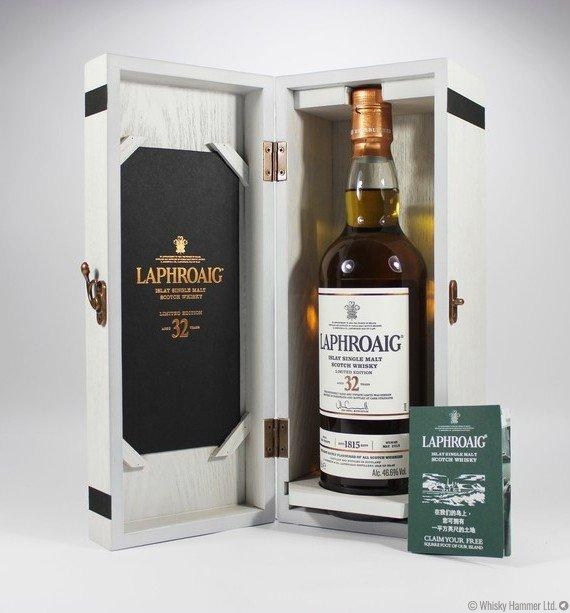 This limited edition 32 Year Old Laphroaig was released to celebrate the 200th anniversary of the distillery in 2015.

Matured for 32 years in ex-Oloroso sherry casks, this has been an incredibly popular expression.  After selling out at retail very fast, this is very collectable bottling.

One of approximately 5,880 bottles, and in excellent condition.