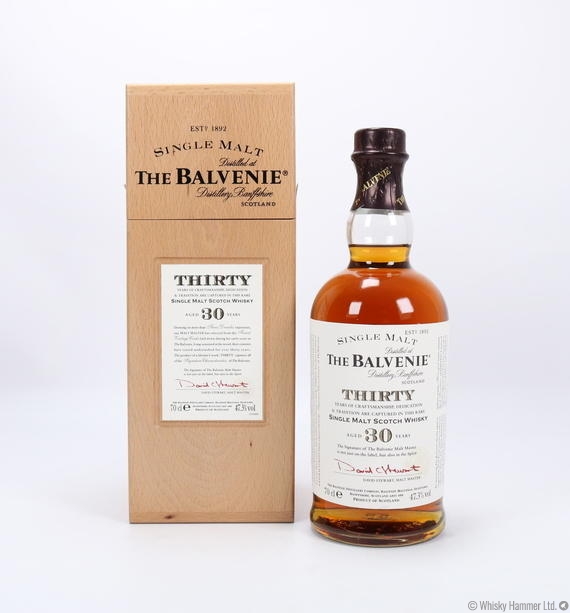 Drawing on more than 3 decades' experience from Malt Master David Stewart - The Balvenie 30 from a selection of the finest vintage casks laid down during his early years at The Balvenie Distillery.

A marriage of Balvenie aged in traditional whisky oak casks and European oak sherry casks, 'Thirty' is a rich and mellow single malt with unusual depth and complexity.