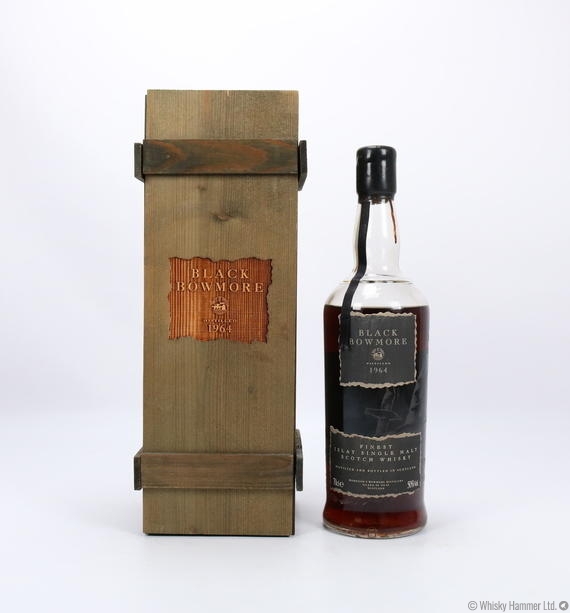 The first edition of the legendary Black Bowmore - distilled in 1964 and matured in oloroso casks before being unleashed on the world.

Only 2000 bottles of this were released and there are hence have become a real rarity.   This is bottle number 1565.

Please note that the fill level is below the shoulder and wax seal has significantly deteriorated.

The bottle is a 70cl bottle although the box is for a 750ml bottle.