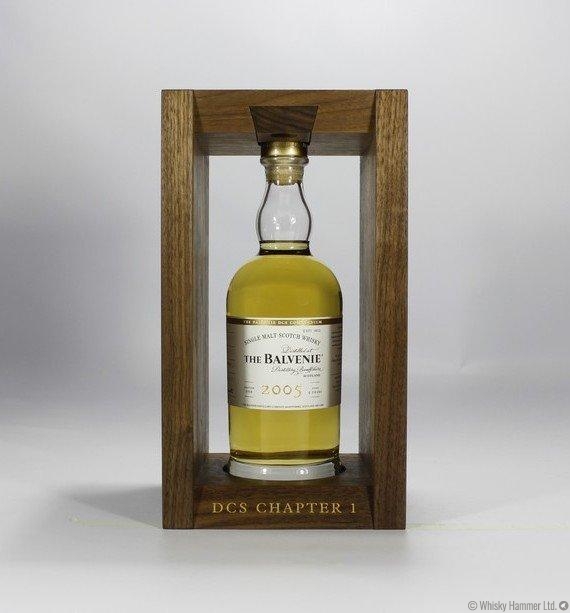 The Balvenie DCS Compendium consists of 25 whiskies and an accompanying book and acts as a tribute to Balvenie malt master, David C Stewart.

The Compendium is split into 5 'chapters', with each chapter featuring 5 different single cask whiskies from 5 different decades.

This bottle is from Chapter 1, and is the youngest Balvenie ever released at 9 years old.  Distilled May 2005 and bottled in March 2015, this whisky has been matured in refill American Oak Hogshead.

The theme of Chapter 1 is 'Distillery Style'. Chapters 2 to 5 will focus respectively on: 'The Influence of Oak', 'Secrets of the Stock Model', 'Expecting the Unexpected' and 'Malt Master's Indulgence'.