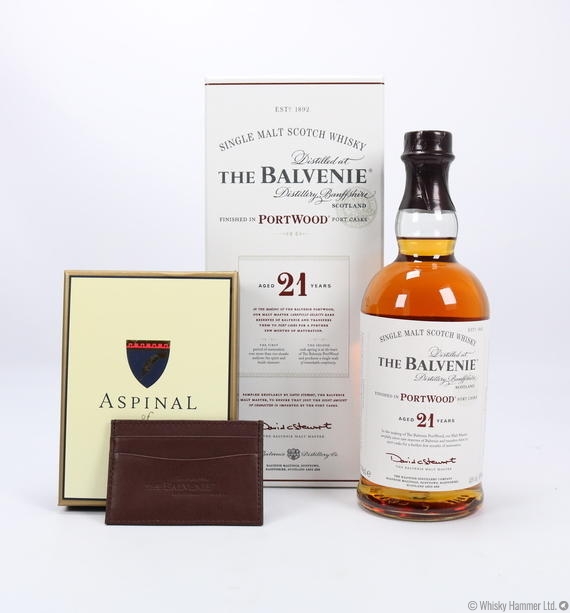 Comes with an Aspinal of London credit card case, embossed with Balvenie logo.