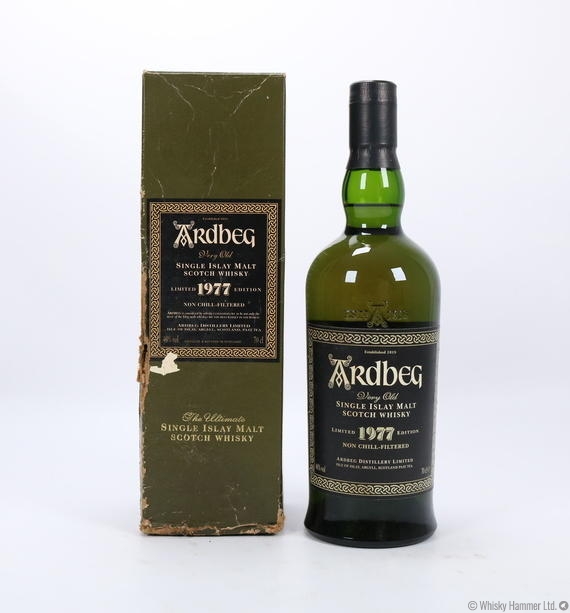 These 1970s vintage Ardbeg's are becoming rarer and rarer.