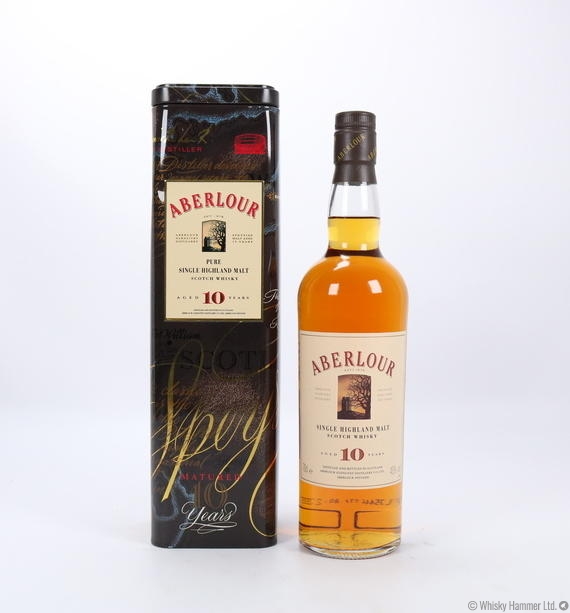 A 10 year old bottling of Aberlour Single Highland Malt matured in a fine balance of sherry and bourbon casks.

This Aberlour comes in a brightly patterned plastic presentation box which shows some damage at the top - see photo.