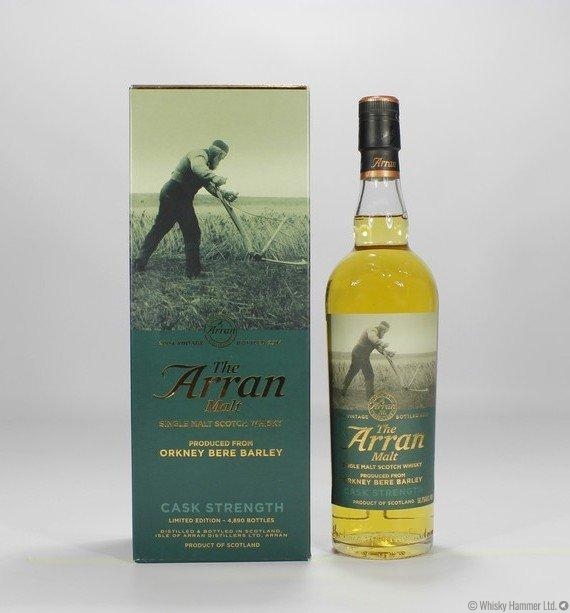 With only 600 bottles for the UK Market, this is a fantastic release in collaboration with the Agronomy Institute of Orkney College (University of the Highlands and Islands).

Bere is Scotland's oldest cultivated barley and was commonly used until the 20th century for the production of whisky.  Bere for this Arran whisky was grown on Orkney before being malted in Inverness, subsequently distilled and of course matured on Arran at the Distillery.

It has been matured for 10 years in American Oak barrels and bottled at Cask Strength. A limited edition total of 4890 bottles