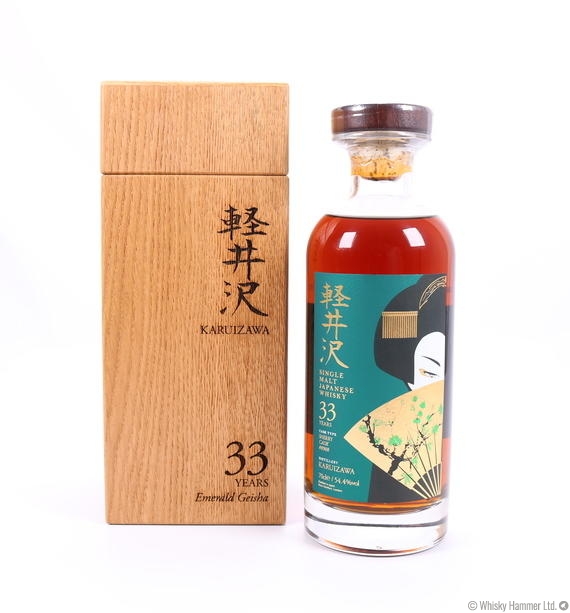 This 33 year old Emerald Geisha is a sensational whisky from the Karuizawa distillery which stopped production almost 20 years ago.

This exclusive single cask bottle has had a long maturation a sherry cask, in an ivy-covered warehouse on the slopes of Mount Asama, before bottling for Elixir Distillers.

With only 170 bottles available this legendary release is rarer than emeralds.