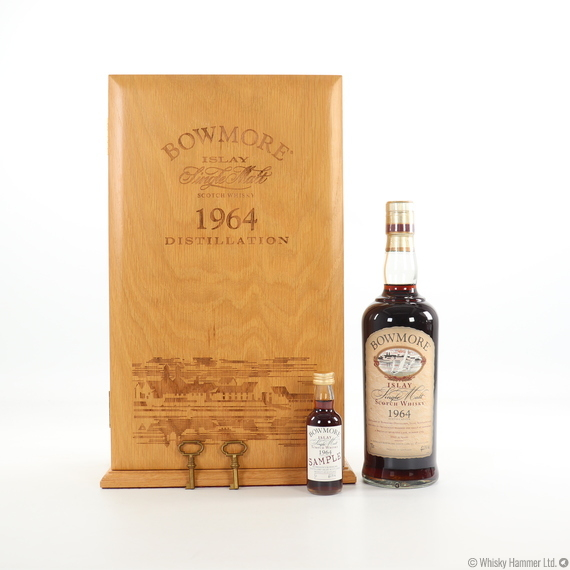 A vintage single malt that was distilled at Bowmore in 1964 and matured in an Oloroso sherry cask (#3709) prior to bottling. This particular single cask of Bowmore is part of the same batch of Oloroso casks that produced the highly-acclaimed 'Black Bowmore' range of whiskies.

Released for the Oddbins chain in 2000, this extremely rare malt (the unspoken Bowmore Black) was bottled after 35 years in such limited quantities. The whisky comes with its own 5cl miniature and 2 keys to complete the highly collectible set.

This is bottle number 79 of only 99 produced in total.