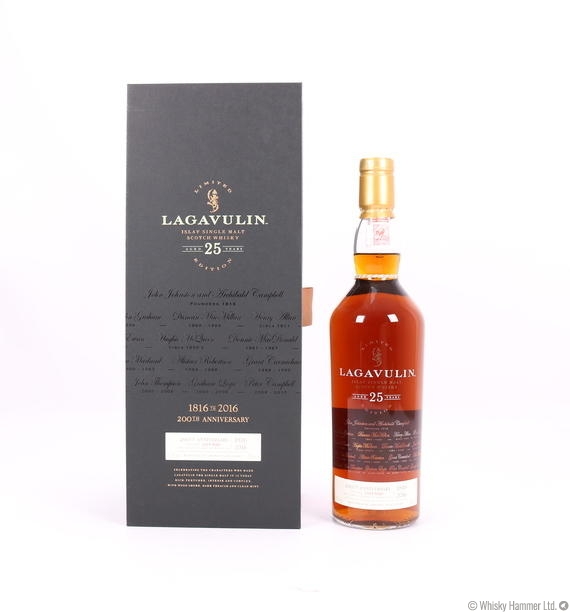 Released as part of Diageo's Super Premium malts. This 25 year old was released for Lagavulin distilleries to celebrate the 200th anniversary in 2016 and limited to 8,000 bottles.