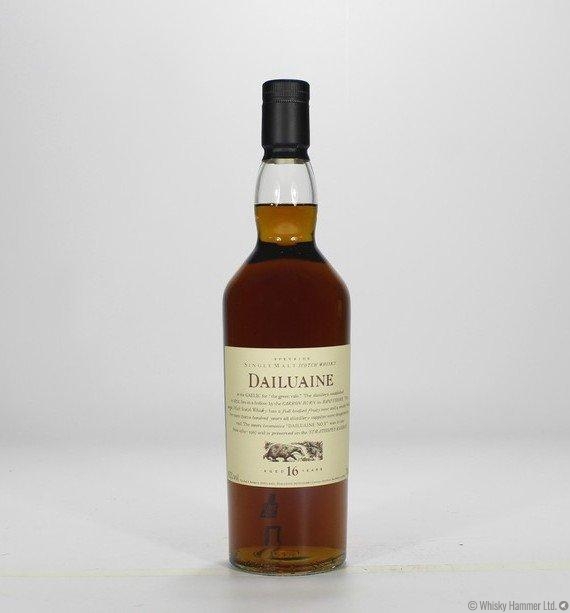 Gaelic for "the green vale", the Dailuaine distillery was established in 1852 and lies in a hollow by the Carron Burn in Banffshire, Speyside.

This 16 year old single malt whisky is part of the 26-bottle 'Flora & Fauna' series, made famous by whisky writer Michael Jackson, has a full bodied fruity nose and a smoky finish.