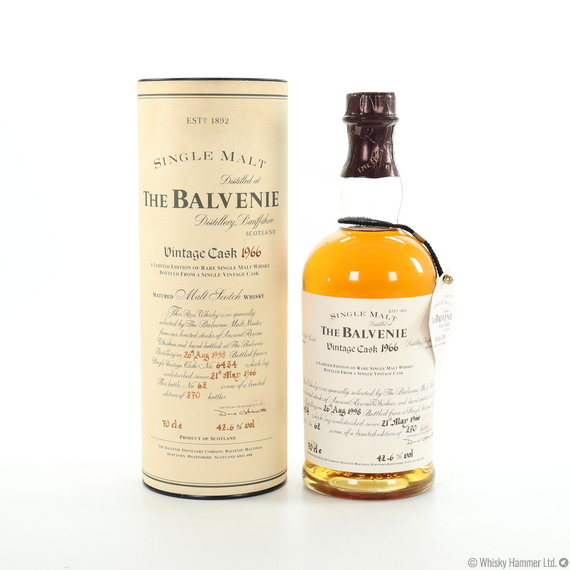 A rare Balvenie whisky specially selected by Balvenie Malt Master, David Stewart. Distilled on the 21st of May 1966 and bottled by hand from cask no. 6434 on the 26th of August 1998.