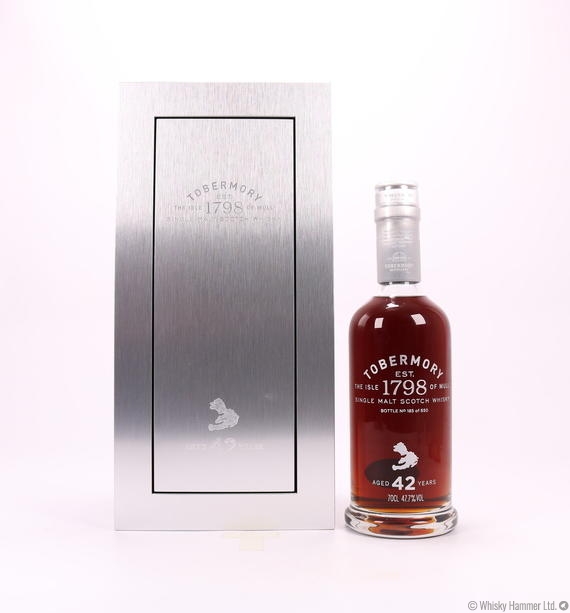 A rare 42 year old bottling from the Tobermory distillery on the Isle of Mull. The packaging exhibits oil paintings of Tobermory by Angus Stewart (to which the famous Tobermory Cat paintings can be attributed to). Distilled on 1973, not long after the re-awakening of the distillery, this expression is possibly the rarest whisky ever made at the Tobermory Distillery.