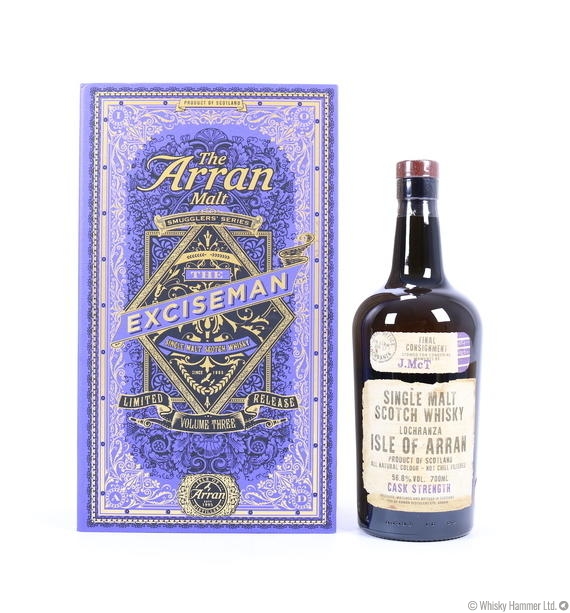 The Smugglers series trilogy continues with the release of the much anticipated Vol.3 - The Exciseman.

In this Smugglers’ Series Vol.3 ‘The Exciseman’ we conclude our popular series which pays tribute to the exuberant character of those striving to outwit the Government’s representatives in the pursuit of the production of the famed Arran Waters. The Madeira casks used in this final volume, are similar to the ones utilised by Arran’s illicit distillers, who often stored and transported locally produced whisky in old Madeira casks brought over from the continent by their smuggling counterparts. The Quarter Casks are a nod to the type of small casks which would have been the easiest to transport.

The resulting liquid is complex, full of character and a wonderful way to end a series which has so perfectly paid tribute to the independent characters of Arran over the centuries.