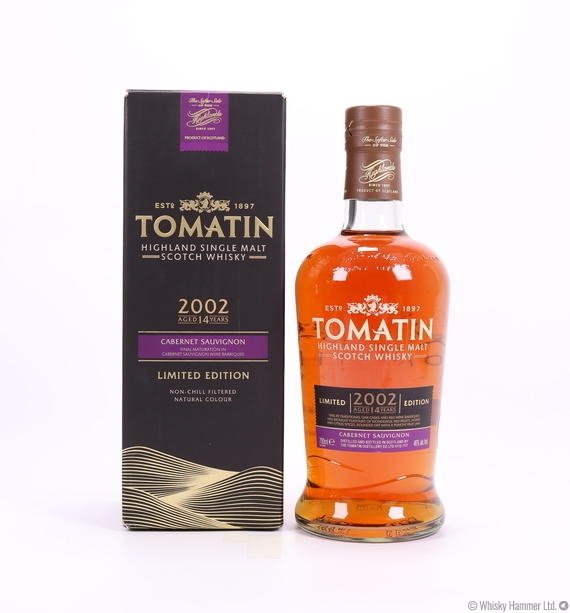 This Tomatin 14 Year Old was distilled on 25th January 2002 and spent the first 9 years in traditional oak casks.  On 1st March 2011 it was transferred to Cabernet Sauvignon red wine Barriques.

This is a limited Edition from Tomatin.